Check out the experience of TechCamp participant Ugo Barbara in his recent article here, (if you’re not fluent in Italian, we’ll summarize below).

Quick info about Ugo: Michalangelo or “Ugo” was a participant of both TechForum Brussels in June 2017 & TechCamp Reconnect Warsaw in September 2017. He is in charge of the Digital Newsroom at Agi News Agency and he previously covered international events at the Foreign Desk and reported as a correspondent from Sicily.  He is also a fiction writer and a teacher in La Sapienza and Roma Tre university.

Ugo came to TechCamp Reconnect Warsaw, held on September 29th and 20th in Warsaw, Poland ready to discover new tactics for verifying data online. In his article Ugo comments on the topic of the TechCamp explaining that “whether fake news is caused by racial, religious, political discrimination or by simple sporting rivalry, is irrelevant, it is constantly at the core of the – on and offline- debate.”

During his time at TechCamp Reconnect, Ugo learned about the top ideas and grant projects from previous TechCamps Georgia, Warsaw and Brussels; all attempting to address various challenges in the disinformation space. In particular, he recounts an idea that emerged in Brussels for an “Outrage Detector”, an algorithm which gives a score based on the probability of whether or not that the article is fake weighting rhetoric used in the headlines.

As with many TechCamp participants, this experience at TechCamp Reconnect also led Ugo to come up with his his own idea for addressing disinformation and he explains by saying “we cannot entrust Social Networks with the role of self censorship, so the only possibility left is to confer upon those media which regularly produce fair and well documented information, the blessing of reliability.” Instead, Ugo explains that his idea is to develop “protagonists” that will establish relevant criteria for what is fair and reliable, providing reliable sources with a “badge” similar to what is done on Facebook and Twitter.“It may be not enough to convince the skeptics but at least it would serve to limit the sphere of activity of those pseudo-media which, like the charlatans of the Old West, hands out potions very similar to those of the Lucrezia Borgia,” he says. 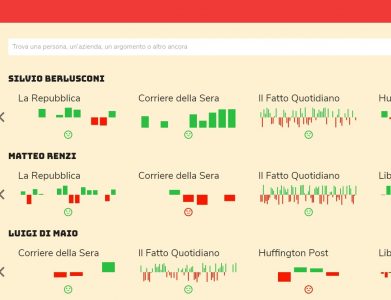 Bias Tracker: Understanding sentiment in the run-up to the Italian elections 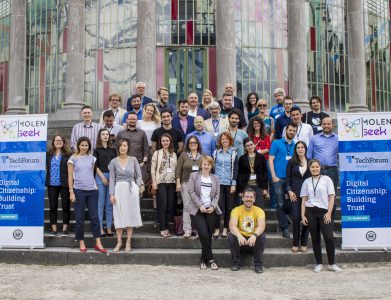 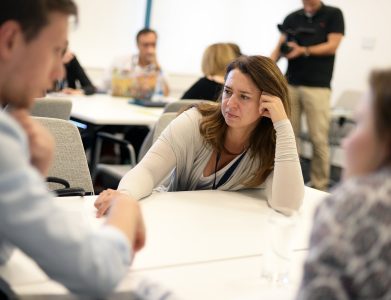 Life is a Pitch: My Experience at TechCamp Reconnect Warsaw