In partnership with the U.S. Embassy in Stockholm and the Tallberg Foundation, this TechCamp aimed to promote inclusiveness in Norway, Sweden, and Denmark by creating strategies for local media to reach minorities in Scandinavia.

While U.S. minority targeted media stations and publications is now second nature in the U.S., the idea is new to Scandinavia, as more than 15% of the population in Sweden is now more diverse due to an influx of new immigrants and refugees. The challenge, is how to best connect with these communities, promote inclusion and encourage integration.

Trainers from the U.S., Europe, and Sweden showcased a number of different solutions and strategies that could potentially aid in reaching these growing demographics. Pablo Gato, a Telemundo veteran talked about his experience in the U.S. with the Spanish speaking media, and in particular focused on how to cover minority communities, promote inclusiveness in the newsroom, and identify key subject matter experts in reporting that will appeal to minority audiences. Along with David Landes, who represents an English language based publication in Sweden (the Local), the group worked to solve the challenge of how to best mobilize mainstream media to gain the trust of and be relevant to minority groups. Together, the group came up with a new concept for a minority geared station in Scandinavia, and showcased the way a newsroom would function with this target audience in mind.

Offline tactics that lead to online action was another popular topic at TechCamp. Jesse Hardman, Listening Post New Orleans shared his experience reaching people in the local communities that were affected by Hurricane Katrina. To demonstrate the application of this concept, journalists worked to post posters in various languages through out the city of Malmö inviting people to text in their response to a question – “What is the most important thing in your life?” The exercise showed how this type of tactics could form the basis of continued engagement with local minority populations. Peadar Grogan from Storyful’s group tackled this another way, venturing out into the local community to take interviews with refugees in a nearby train station, recording stories about how they came to Sweden and packaging it into a podcast.

Marco Zoric’s, BBC, took a different approach, examining digital storytelling as a way to increase voter participation among youth and people of minority backgrounds. The group worked to amp up the Mayor of Malmö’s social media profile as an example of a way as to how to get new audiences interested. Chris Roper, a Knight Center for Journalism fellow formerly working for the Guardian put this same idea to work by leveraging his experience reaching audiences with over 11 different languages in South Africa. He showed participants how to target new audiences by leveraging data to make content more interactive.

Social media engagement plans were also covered, Vitalii Moroz, Internews talked about tactics for reaching new audiences via social media, specifically volunteers working with refugee populations. Ravin Sampat, BBC showed journalists how to verify that stories being reported via social media are actually correct, in an attempt to ward off incorrect news to populations that might be vulnerable to hearing the wrong information and becoming more disconnected.

The Facebook group continues to go wild with discussion, link sharing, and new ideas for integrating the tools and strategies at TechCamp into the day to day work of the media outlets and other organizations aimed to promote inclusion. We, at the TechCamp team, look forward to tracking the progress, seeing how the journalists use these tools and techniques to expand their reach into new and important key demographics in the region. 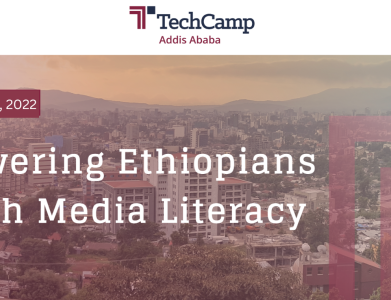 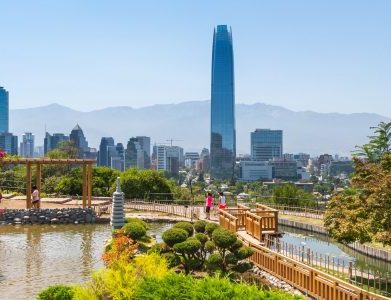