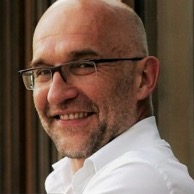 Born in 1953, doctor of psychology, started working in the field of social and historical psychology. He wrote a book about social revolution in 1983. After the Martial Law was imposed in Poland he became an editor of “Tygodnik Mazowsze,” the most important newspaper of the underground “Solidarność” (1981-89). He was also involved in The Round Table Talks in 1989 as a secretary of Bronisław Geremek’s “Solidarity” political group. Cofounder of ”Gazeta Wyborcza” in May 1989, the most important quality Polish daily, commentator and publicist, since 1995 deputy editor-in-chief. He has published thousands of commentaries, interviews, analysis. Involved in civic journalism, Pacewicz has created and co-created big scale social campaigns like “Giving birth in a human way,” “Media without women,” “School with class,” or “Poland is running,” changing social consciousness and reality.

He was many times rewarded for advocating and writing about human rights, discrimination of women, anti-Semitism, and homophobia. In 2010 he published a book with his interviews for “Gazeta” and internet tv (“Pociąg osobowy”) and in 2011 a book “Forbidden love. Sexuality and other taboos” (together with Marta Konarzewska). Devoted runner. In 2016 he founded “OKO.press” a non-profit, investigative journalism and fact-checking project created to preserve freedom of speech and secure availability of information in Poland. Launched June 15, 2016, OKO.press became a widely recognized, widely cited medium supported by unique community of its readers (more than 70 K followers on FB, about 300 K unique readers weekly), and got the most important Polish journalisms rewards (including the Grand Press Reward for 2016). Pacewicz lives in Warsaw with his wife Alicja and two sons. His third son is an assistant professor at Brown University. 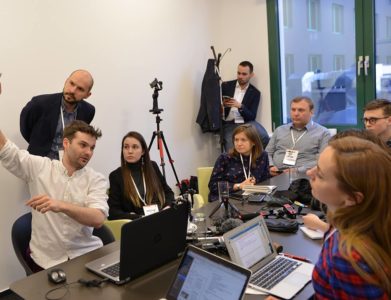