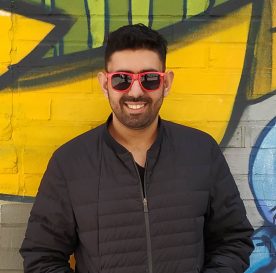 Amrit Sharma is a programmer by education, writer by accident and entrepreneur at heart. Amrit’s career kicked off as a Software Engineer at Thomson Reuters, after graduating with a degree in Computer Science from Hamline University in St. Paul, Minnesota.

In 2014, two roads diverged in the woods and he took the one less traveled. He booked a one-way ticket to Mauritius to start a three year adventure that would take him to 10 countries. He accidentally became a journalist after a devastating 7.8 magnitude earthquake rocked Nepal in 2015. You can read his stories in BBC Travel, Huffington Post and other publications. In 2016, Amrit realized that air pollution is a global health issue that affects billions worldwide and launched digital products to help everyday people access and understand real-time air quality data for free. Most notably, he mapped the world’s air quality and wildfire data using just emojis with the Emoji Air Pollution Map, and created Smokey, the friendly air quality chatbot, that delivers beautiful and easy-to-understand air quality reports on Facebook Messenger, Twitter and WhatsApp.

Amrit now spends his time crafting a great experience for third-party developers as a Developer Advocate in Toronto at ecobee, a Canadian smart home company that invented the world’s first smart thermostat. 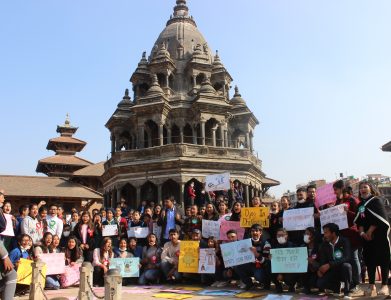 A Breath of Fresh Air for Nepali Environmental Activism